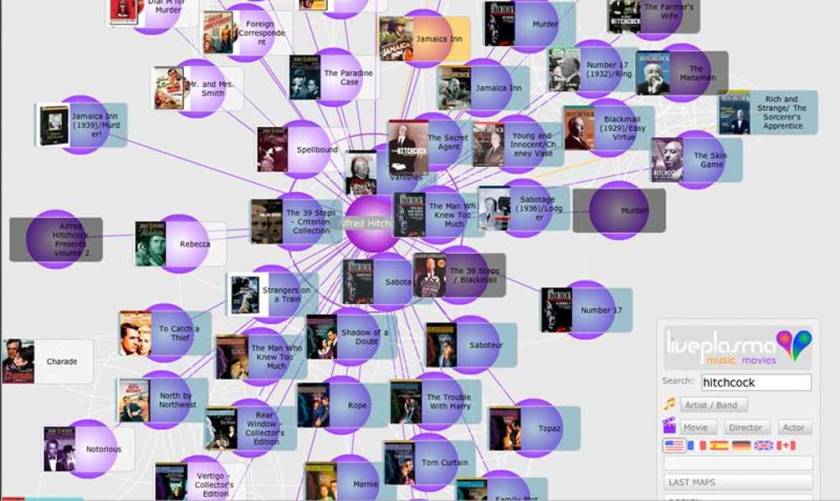 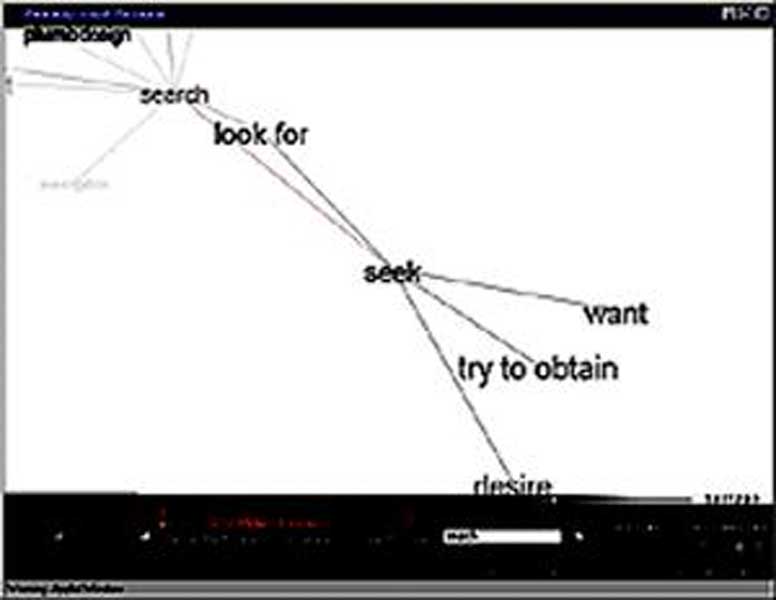 The first in a wave of java-encoded visualisation software that revealed the power of live computation to arrange text-data in a meaningful visualisation of their relationships, Thinkmap’s Visual Thesaurus was a revelation to all of us working at the cutting edge of design and technology. In 1997, I was at AMX Studios, working with the designer Malcolm Garrett on a book called Understanding Hypermedia 2.000, and the AMX lead designer Maxine Gregson showed me the Visual Thesaurus. It was a revelation – a superb synthesis of design and software, functional, fun and funky at the same time.

Peter Mark Roget completed his Thesaurus of English Words and Phrases in 1852, having begun work on compiling a list of words linked by the same idea as early as 1805.

“The Visual Thesaurus is a 3D interactive reference tool, powered by Thinkmap, that gets students of all ages excited about words. Using our visualization technology, the Visual Thesaurus takes a unique, and remarkably beautiful, approach to presenting the results of a word lookup.
The Visual Thesaurus creates an animated display of words and meanings — a visual representation of the English language. The Thinkmap visualization places your word in the center of the display, connected to related words and meanings. You can then click on these words or meanings to explore further.”(Thinkmap)