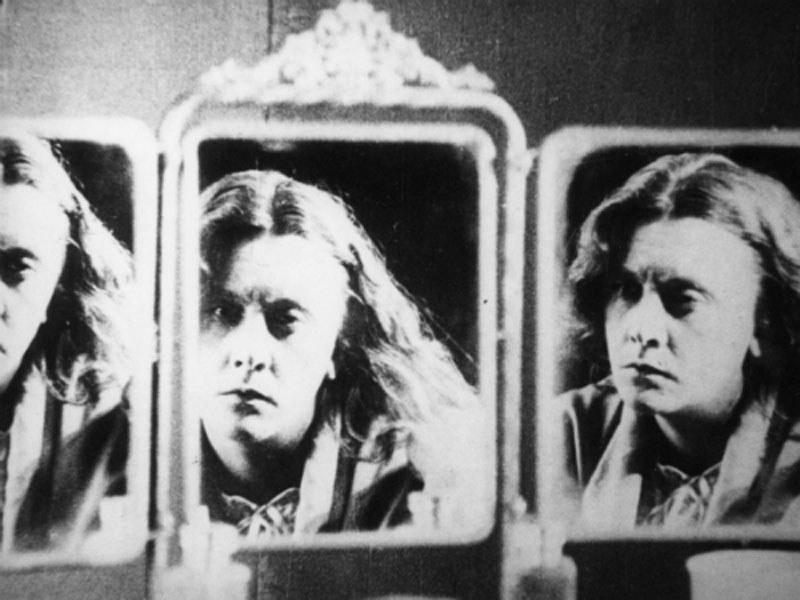 (The Smiling Madame Beudet) is a short French silent film made in 1922, directed by famed surrealist director Germaine Dulac. It is considered by many to be one of the first truly “feminist” films. It tells the story of an intelligent woman trapped in a loveless marriage. Her husband is used to playing a stupid practical joke. A frequent stunt is one in which he puts an empty revolver to his head and threatens to shoot himself. One day, while the husband is away, she puts bullets in the revolver. However, she is stricken with remorse and tries to retrieve the bullets the next morning. Her husband gets to the revolver first, only this time he points the revolver at her. The bullet misses her, and he thinks she was trying to commit suicide; he embraces her and says “How would I have lived without you?” (wikipedia)