Du Hauron’s experimental photography in the second half of the 19th century produced several world-class innovations. Du Hauron was amongst the first to explore colour photography, producing a carbon-colour print using cyan, magenta and yellow filters (equivalent to the 20th century cibachrome print) as early as 1868. He wrote a book on colour photography the following year (Les Couleurs en Photographie 1869), and produced what is widely thought of as the first colour photograph Angouleme Region View of Agen in 1872, and this still-life of flowers around the same time: 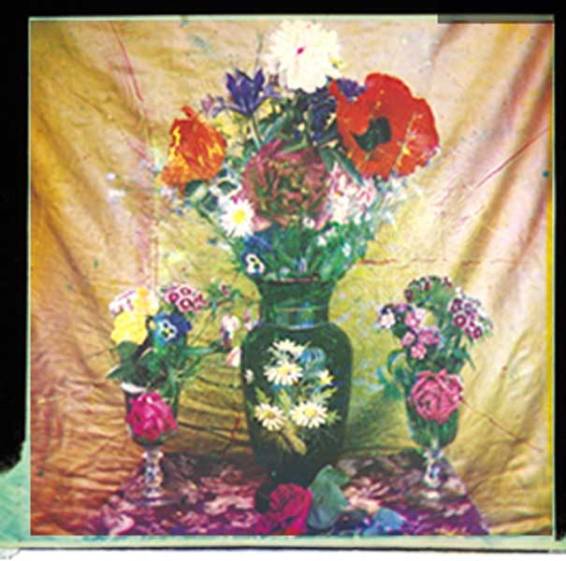 Du Hauron went on to invent the analglyptic (red-green) stereo process, and also the lovely colour pictograms (direct prints from objects) pictured above.

What I love about this kind of innovation is that it emerges from a synthesis of art and science – by an artist who has the modernist or neo-scientific approach that characterises much of 20th century art and design. The creative exploration of phenomena, based on a neo-scientific but predominantly aesthetic investigation, is a strand of innovation that has given us Photoshop, Postscript and much of the core media-processing and media-authoring software that underpins digital media.