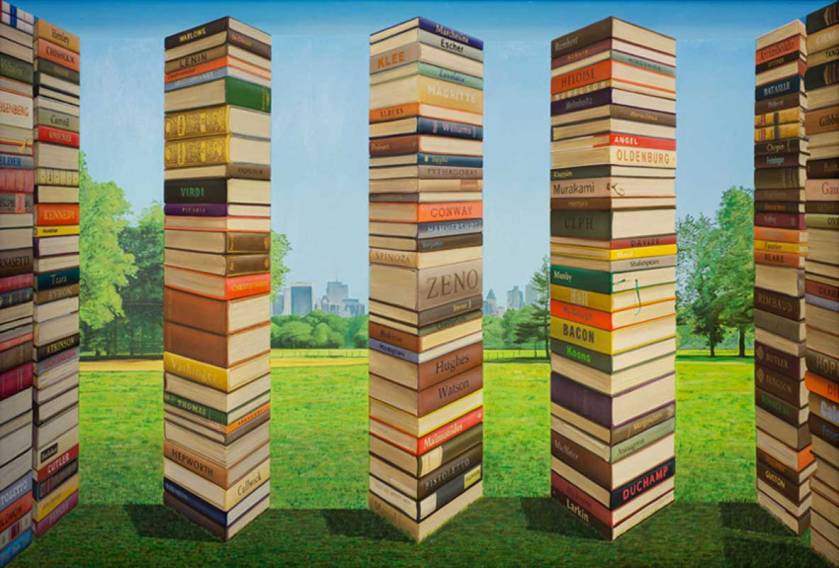 Hughes’ Reverspectives are amazing. I first saw one at the Chelsea Arts Club in about 2004. I was blown away. I knew that Patrick had been deeply involved in the study of paradox and visual paradox in particular, and this (he called them Reverspectives) was a brilliant example of a great idea, beautiful crafting of the 3d painted-construction, and acute understanding of how perspective illusions are created in our brain. I must have walked up and down in front of this Reverspective for about half-an-hour, marvelling at the acutely visceral effect a mere illusion – a tromp l’oeil – was having on my perception.

There’s an interview with Patrick at:

And a short video sequence illustrating a walk-past of a reverspective: http://www.youtube.com/watch?v=ptMDDkq6FjI