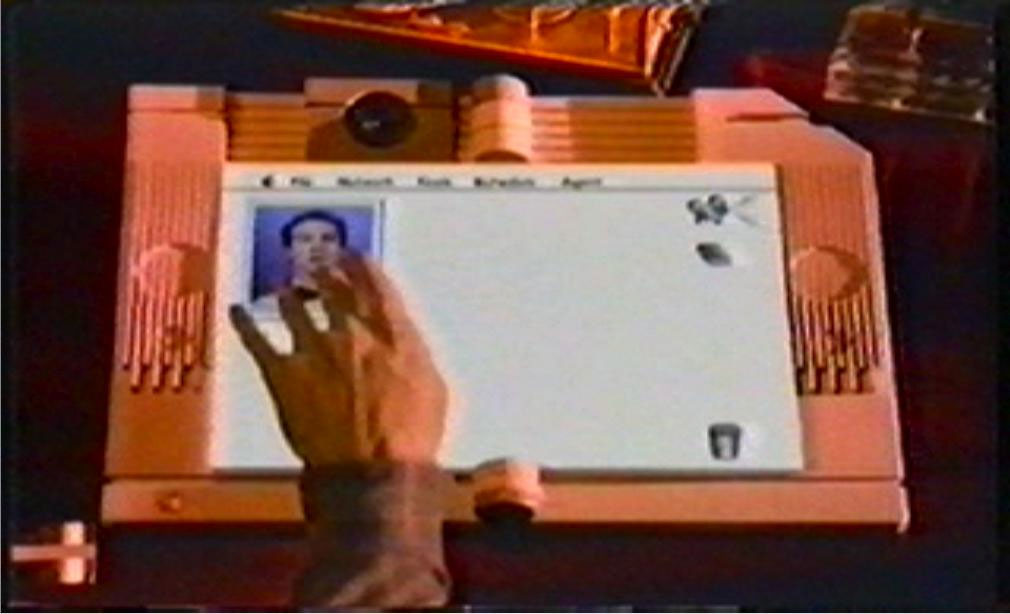 A classic example of the ‘virtual prototype’ – the convincing illustration of a concept – in this case Apple CEO John Sculley’s 1990 vision of the future of computing. A future informed by Sculley’s Apple Technology Group colleagues of the time: Bill Atkinson, Alan Kay, Brenda Laurel, Glorianna Davenport… It was a vision that has not yet been realised (though we are getting close). The idea of personified intelligent agents able to act on our behalf was a popular theme at the time – see also Dougllas Adams’ Hyperland video. But Apple’s 2013  Siri – the current version of the Personal Digital Assistant (or smart software agent), while not an animated, personified character,is getting better. And 30 years of developments in AI since the Knowledge Navigator are beginning to show. Sculley and Mitsch’s virtual prototype remains a powerful vision of the future as seen from 1991, and is as seminal as Alan Kay’s 1968 vision of the Dynabook.