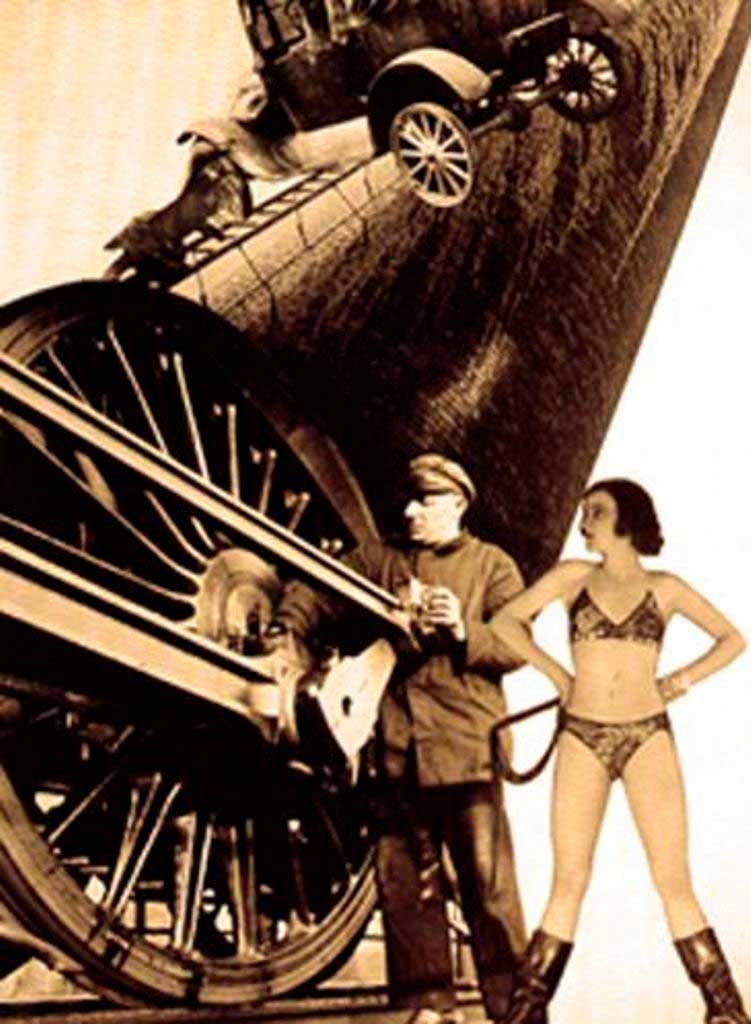 The Polish artist Brzeski , graphic designer, photographer and film-maker, produced a phenomenal range of photomontage – series of works exploring the zeitgeist motifs- the emergence of modernity – in the 1930s – visions of mechanisation (the Narodziny Robota – Birth of the Robot- series), visions of modern capitalism |(Idylls of the 20th Century), visions of War (Zwrotnice – Crossover series), and of emerging sexual equalities (the Sex cycle). Powerful image-making, pulling printed photographs, drawings, typography, news-clips etc together, Brzeski’s work parallels that of his contemporary  Czech artists/architects Karel Tiege and Jiri Kroha – the second generation of photo-collagists.

What inspires me about these second generation photomontagists is that they shared in a more-or-less common vision of the zeitgeist of modernity – glamour, commerce, industrialism, mechanisation (the robot and the production-line), and the threat of fully mechanised, aerial warfare in a future world war.