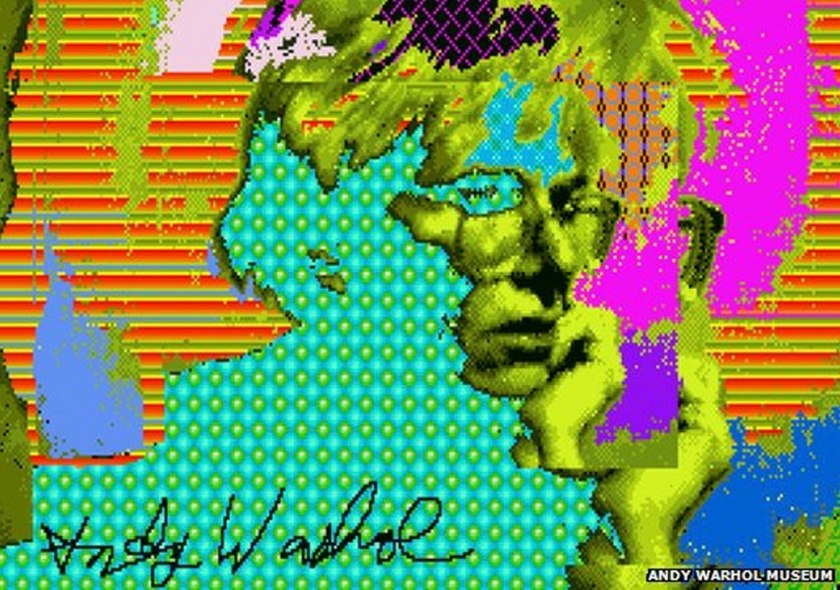 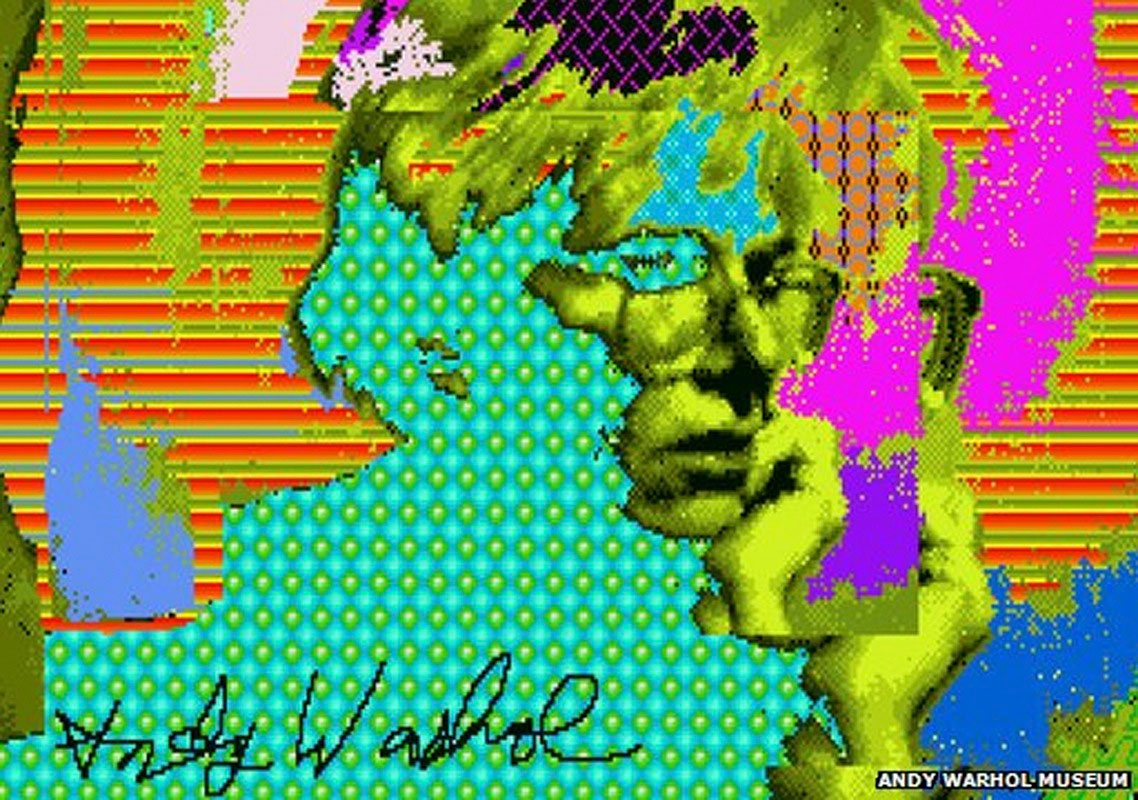 Warhol was one of the great media-artists of the 20th century, an accomplished graphic designer and illustrator with a background in Madison Avenue in the late 1950s. Warhol became the most celebrated of all the artists exploring the imagery of popular culture, and almost surprisingly, he became simultaneously a leading figure in the American Film counter-culture. Famous for his replicated soup cans and Brillo boxes, his silk-screen prints of Marilyn, and his team of artists, art-workers, superstars, based at his studio – the Factory, Warhol experimented with several media in the Sixties (including developing his Exploding Plastic Inevitable light-show with the Velvet Underground), and he was still experimenting in the early 1980s – here with the multimedia Amiga (famed for its graphics, video and 3d modelling capabilities. Warhol is experimenting with Amiga’s early bitmap-editor or paintbox software on a prototype Amiga (it was finally launched in 1984 – the same year as Apple’s Macintosh (using the same chipset – the Motorola 68000). He quickly grabs the essence of the Paintbox – grabbing a video image of himself and manipulating textures and colours.