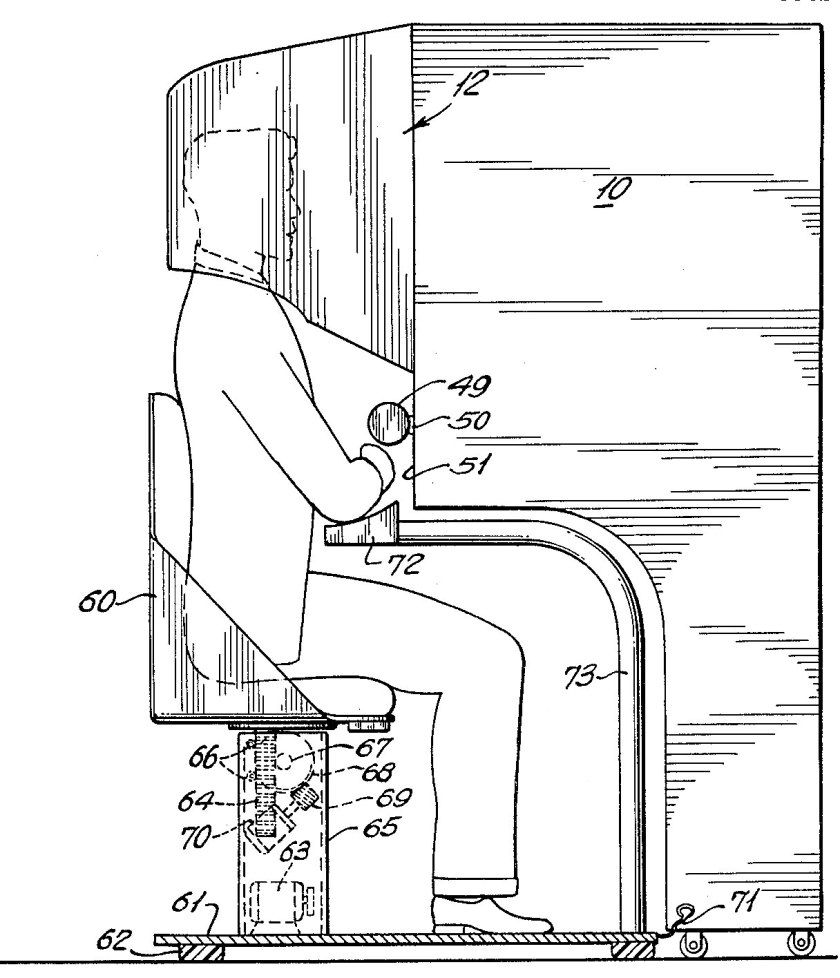 Heilig had a background in cinematographic projection. Impressed by Fred Waller’s work on Cinerama – a three-projector wide-screen cinema system  introduced in 1950, Heilig realised the potential of the immersive cinema experience. And he wanted to engage his audience sensorially – with senses beyond those of sight and sound. In 1957 he makes the Sensorama, and arcade-style entertainment. Sensorama was an electro-optical-mechanical motor-cycle-ride simulator. The user sat on – or in – the machine, looking at back-projected movie footage shot from a motor-cycle driving around New York. The user’s handlebar controls caused the film to speed up or slow down as the throttle was twisted, a fan accelerated air – with occasional whiffs of carbon monoxide – over the user. The sound effects were stereo – inside the hooded cowl of the simulator. The visuals were immersive, the seat shaking, the whiffs of Manhattan in the rushing air. This is really the most advanced simulator before virtual reality technology was made user-friendly in the early 1990s. Heilig was an important innovator in the artist’s perennial quest to engage an audience both multi-sensorially and immersively – a quest whose first signs – storytelling, dance and drama around the tribal fire – appeared perhaps in the neolithic, perhaps even earlier. The best description of Heilig’s work, and extensive interviews with him are in Howard Rheingold’s Virtual Reality (1991).